Kathmandu, Namobuddha and Lumbini
Not Rated

Cultural Tour in Nepal is a perfect tour package deal. Its purpose is to take you to the holiest cultural sites all over Nepal. Starting from Kathmandu Valley, Swyambhunath Stupa, Kathmandu Durbar Square, Boudhanath Stupa, Pashupatinath, Namobuddha then ending at the most sacred Buddhist Pilgrim sites. Lumbini and Kapilvastu will get an ultimate cultural experience. These sites are very sacred to each Buddhist and Hindus. That’s why the traditional one will provide expertise and will also be found nowhere around the globe.

Once arrival in Kathmandu Nebula Travels and Tours representative meet and transfer to the hotel. After check-in at the hotel, we will do a briefing about the package. Late evening enjoyment walks in Thamel, a trendy touristic place in ancient Kathmandu. A bustling bazaar that offers a glimpse of Nepal’s vibrant ethnic tradition, Buddhist Stupas and monasteries. Overnight at the hotel.

Kathmandu Valley Sightseeing - After breakfast in the hotel, going to be greeted by our city guide who will show you across the metropolis to the following areas: Swyambhunath Stupa, sometimes called monkey temple located a western hilltop of Kathmandu Valley. Swyambhunath is, without doubt, one of the main Buddhist pilgrim sites and the oldest monuments in Kathmandu Valley. From the stupa that you could get a magnificent view of the Kathmandu city and the valley. The attraction of stupa, which represents the physique of Buddha, its eyes are looking down over the valley in every direction. It represents Buddha’s insights, and it essentially the most recognizable symbol of Nepal. Across the stupa, there are quite a lot of exciting monuments like two white temples in the Indian Sikhara kind, both date around 1646. Back of the stupa, there is a museum of Buddhist sculpture, Hariti Temple (Ajima) a Hindu goddess temple. Who is responsible for fertility and illustrates a robust bond between the Hindu and Buddhist beliefs in Nepal.

Kathmandu Durbar Square is the historic site architectured during the Malla regime in Kathamndu valley. The palace complex is home to many monuments of archaeological importance. It reflects cultural richness widespread for the days of Malla rulers. Some attractions of the Kathmandu Durbar Square is the nine-storied palace, Kastamandap Temple, Kumari Ghar (home of the Living Goddess), Taleju Temple, Kal Bhairab and the museum in the palace, developed between the 12th and 18th centuries. It has different interesting aspects that are various festivals, cultural pursuits, and traditions people are following from centuries, which are accessible in the Durbar square. Main festivals include Indrajatra, Dashain, Gaijatra, Machchhindra-Nath Jatra.

After exploring Kathmandu Durbar Square, we will move toward Boudhanath, which is also a very important Buddhist Pilgrim in the valley. Boudhanath is among the world’s greatest stupa and viewed because the oldest too. It is placed on the eastern outskirts of Kathmandu and is the holiest Tibetan Buddhist Temple. It is believed to built in the 14th-century ad after the Mughal invasions in the valley. Boudhanath Stupa appears like a gigantic mandala or a diagram of the Buddhist cosmos. The stupa represents the five factors (earth, water, fireplace, air, and ether) along in its architecture. On the bottom, the stupa is surrounding through an irregular 16-sided wall, with frescoes in the niches.

After Boudhanath, we will move toward Pashupatinath Temple, which is the most sacred and holiest temples for the Hindus. It is, without confusion, one of the largest temples of Shiva. It attracts thousands of pilgrims every day and has become well recognized far beyond the Kathmandu Valley. Pashupatinath Temple stands in the middle of the city of Deopatan, within the core of an open courtyard. It’s a square, two-tiered pagoda temple built on a single-tier plinth, and it stands 23.6 meters above the bottom. Richly ornamented gilt and silver-plated doorways are on all four sides. Only Hindu pilgrims can enter the premises in the temple. Non-Hindus can admire the beauty of the temple from the opposite side of the Bagmati River. Late afternoon back to the hotel, rest walk around and overnight at the hotel.

Namobudda Monastery Sightseeing – Having breakfast in the hotel then proceed to Namo Buudda tour; Namobuddha is a historical and Buddhist monastery in Nepal situated at 1750 meters. It is located 40 kilometers Southeast from the Kathmandu, in between Banepa and Panauti and is known as Thrangu Tashi Yangtse Monastery. The Tamang village surrounds the monastery. A distinct Buddhist legend of King Mahasattva providing his body to a hungry tigress on the place also makes Namo Buddha a holy site for the Buddhist community. We will transfer to Dhulikhel have to breakfast before we set for four hours hike to Namobuddha. It is a perfect day mountaineering route with beautiful mountain panorama within the backdrop. Lunch during the tour, then we will return to the hotel after completion of the trip.

Kathmandu to Lumbini (287KM) - After breakfast in the hotel then checkout from the hotel transfer to Lumbini. Way to scenic views of Nepalese terrain. The street snakes up and down the hills and rivers as we reach Lumbini. After arriving at Lumbini, we will check in the hotel and take some leisure after short leisure starts to discover Lumbini. It is the birthplace of Lord Buddha and has been an emblem of peace everywhere the globe. It is one of the famous Buddhist pilgrimage sites in the world. Thousand of Buddhist followers visit Lumbini around the year. The important highlight of Lumbini is the sacred garden, Mayadevi Temple (the location where Buddha was born and still footprint of Buddha is preserved within the temple). The Asoka Pillar, sacred pool (where Mayadevi bathed earlier than giving birth to Lord Buddha) and the more monasteries built by many countries. Lunch on the way, as soon as arrival to Lumbini check in hotel then free.

Kapilvastu – Breakfast in the hotel then transfer to Kapilvastu, Kapilvastu is deeply associated with the life of Lord Buddha. Kapilvastu is the place Lord Buddha had lived his childhood and the days or younger. The capital of King Shuddhodhan, Kapilvastu still carries with it the mystic attraction. It houses many sculptures of Buddhism, which present a landscape before that visitors that make them suppose calm and content. Kapilvastu carries the visitors away to the historical days when Buddha was a child and a prince. The situated is 27 kilometers south of Lumbini. Evening back to the hotel for overnight.

Lumbini to Kathmandu (287KM) – Breakfast in the hotel then proceed to Kathmandu or take a flight from Bhairawa airport as a way to take around 25 minutes to Kathmandu, lunch on the way. We are once arriving Kathmandu to check-in the hotel for overnight.

After having breakfast at the hotel, wait till flight time then drives to Tribhuvan International Airport for your flight back home/next destination

You will encounter Buddhism and Hinduism and their culture and practice.
Yes, we will provide an expert guide who vested a great deal of knowledge on Buddhism and Hinduism.
No there are not any hidden charges associated with this trip and it is inclusive with all taxes.
The minimum number of participants on this trip is 2 pax. 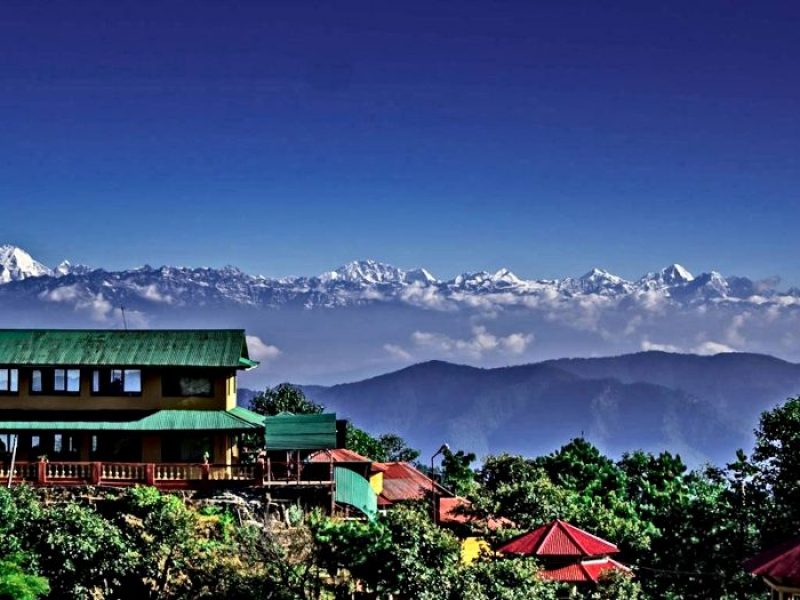 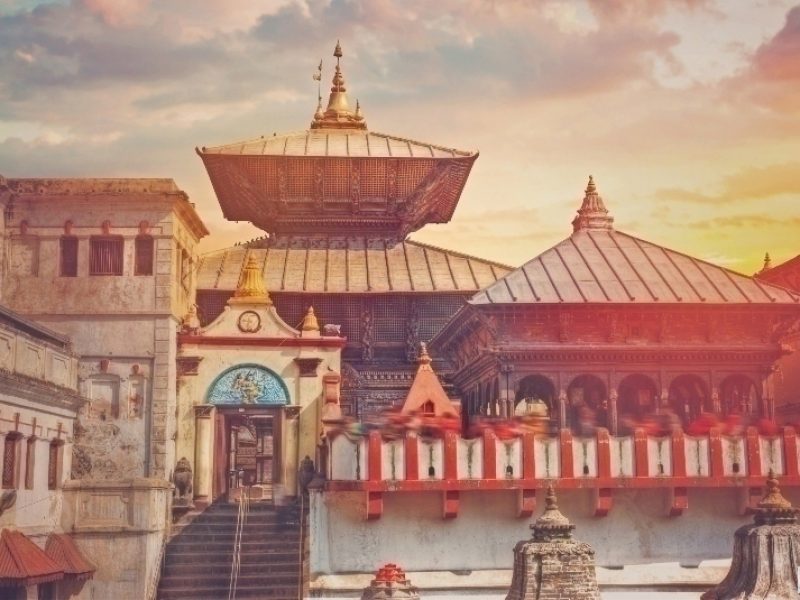 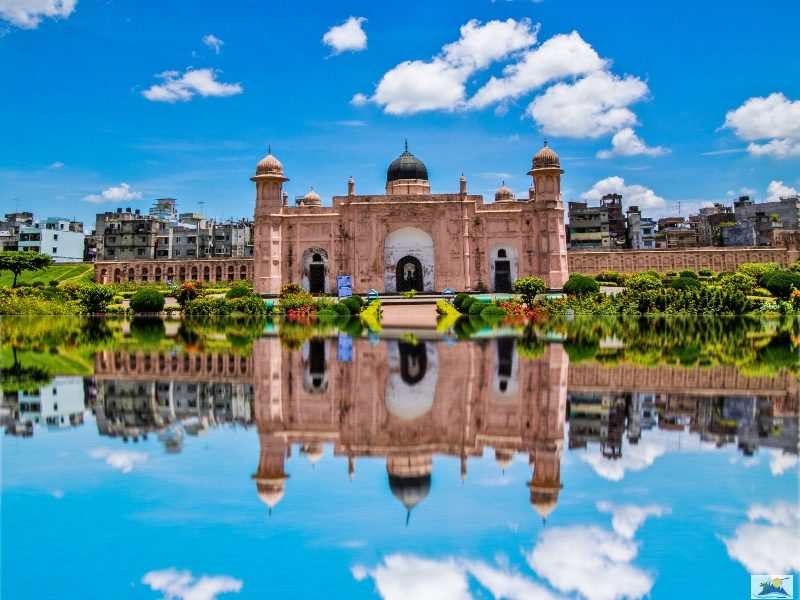