Where you book matters: 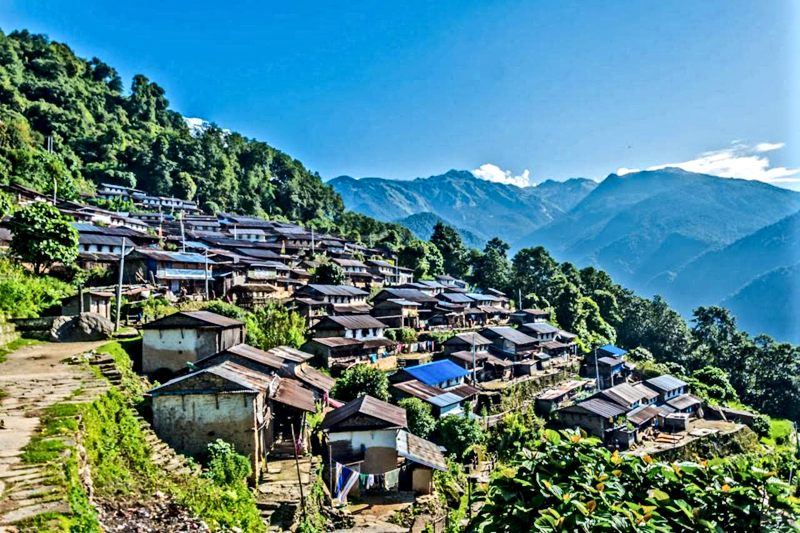 Nepal is an independent country, sandwiched between China in the north and India in the east, west, and south. It is a small country in terms of geography encompassing 147,141 square kilometers; it covers 0.3 percent of the area of Asia and 0.03 percent of the world. But it is heavily bestowed with natural beauty, climate, ethnicity, and biodiversity.

Nepal has diverse geography; 60 meters to 8,848 meters high from sea level all within a distance of 150 kilometers resulting in climatic conditions from sub-tropical to arctic. As geography differences within Nepal, many more cultures are found where people speak different languages and dialects. The world’s highest peak –Mount Everest (Sagarmatha in Nepali) stands as the head of Nepal.

The world’s highest peaks including Mount Everest tower over the terraced foothills sparsely populated by over 36 distinct ethnic groups. Thick forests are a home place of elephants, one horn rhinos, tigers, and birds of different species. White Water Rivers cascading from their glacial origins high to the Himalayans; a personal Shangri-la awaits every visitor who travels to this enchanted wonderland.

Within this spectacular geography is also one of the richest cultural landscapes anywhere. The country is a collection of ethnic groups and sub-groups who speak over 93 languages and dialects. Nepal offers an astonishing diversity of sightseeing attractions and adventure opportunities found nowhere else on this earth. And you can join the numerous annual festivals of different ethnic groups in different places of Nepal that are celebrated throughout the year in traditional style highlighting enduring customs and beliefs.

Passport/Visa Requirements: All nationals except Indians need a passport and visa to visit Nepal (some nationals receive visas on arrival here in Nepal).

Language: Nepali (Official) and other languages and dialects

Predominant Religions: Hindu and Buddhist (many other religions can be found)

Weather: Climate ranges from tropical in the low lands to the Arctic in higher altitudes