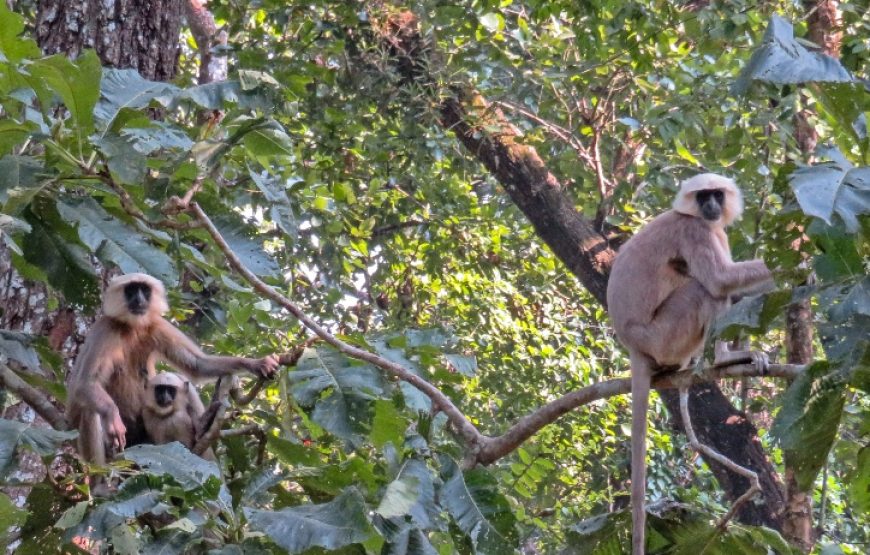 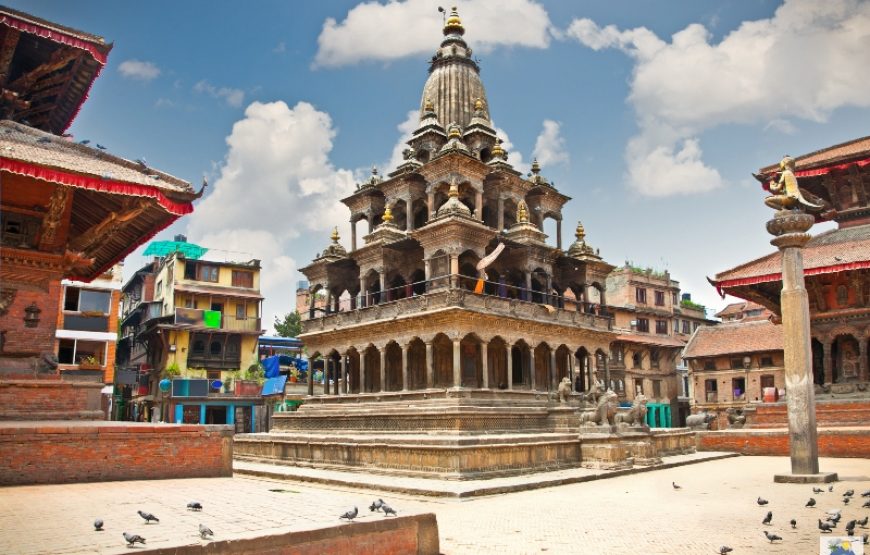 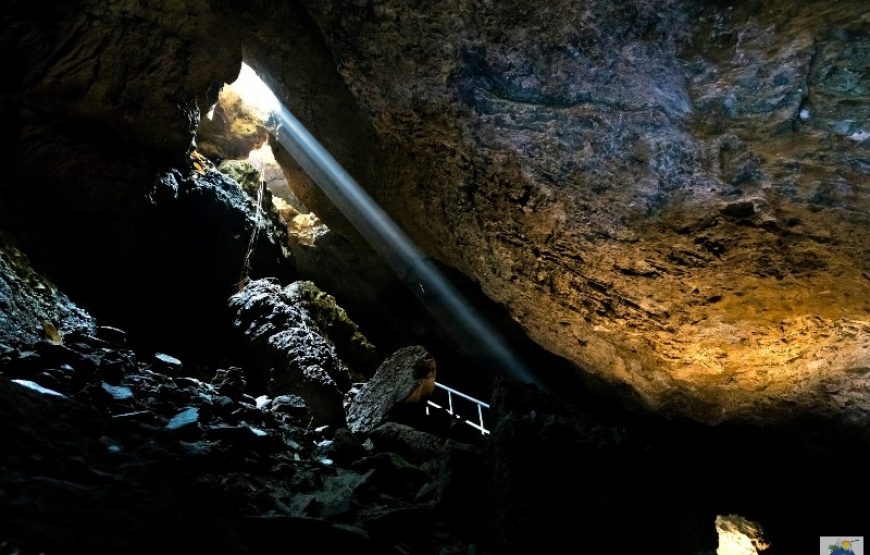 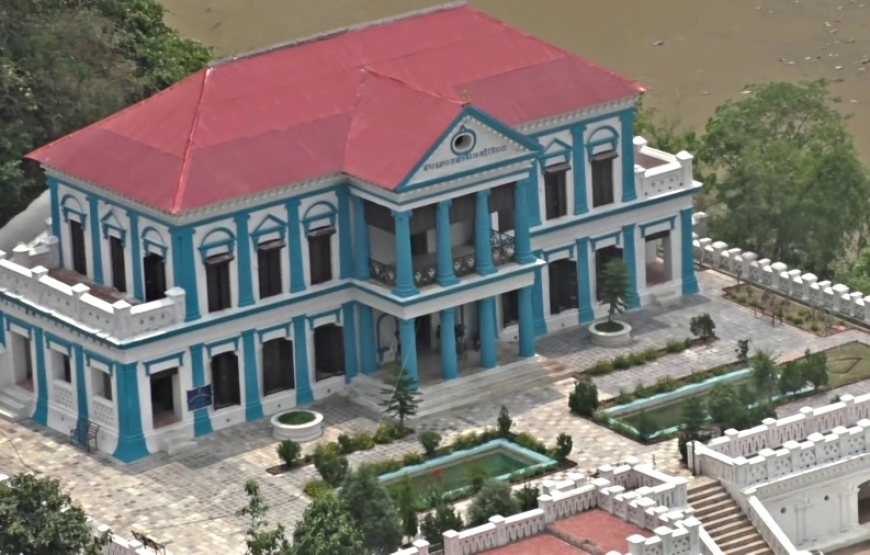 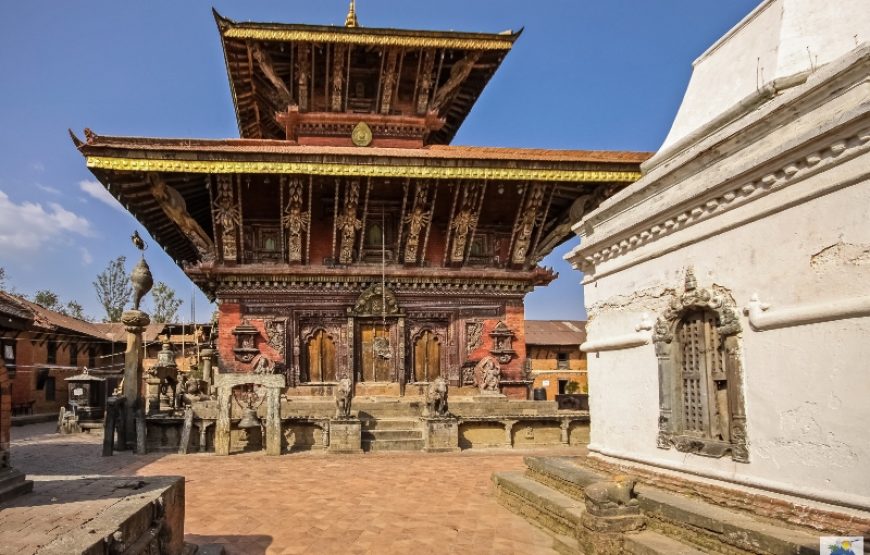 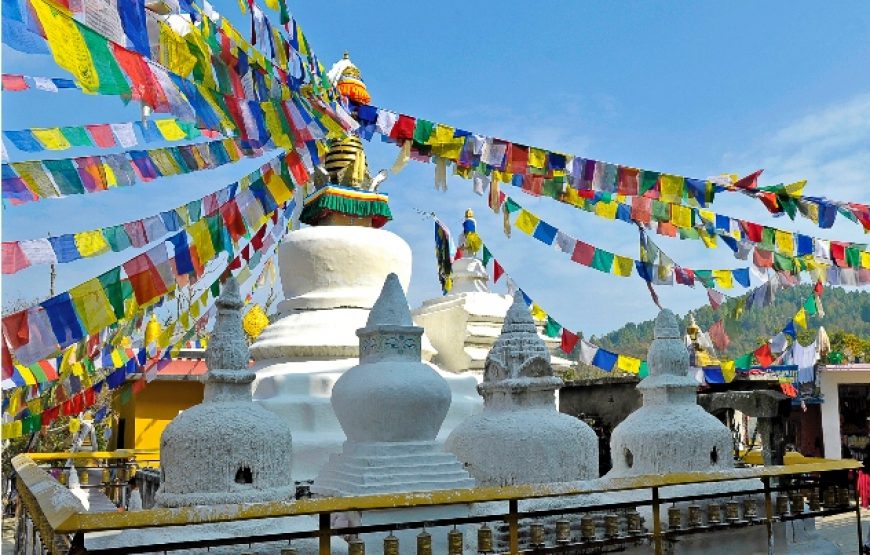 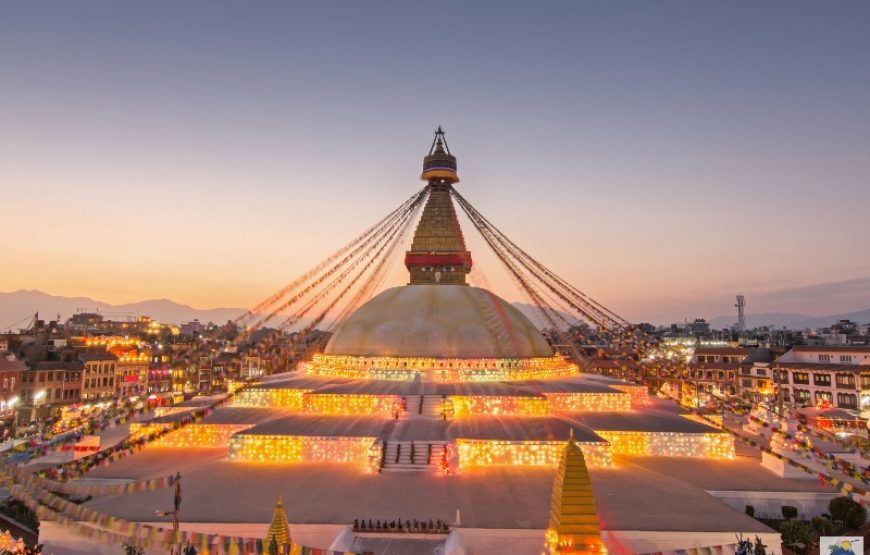 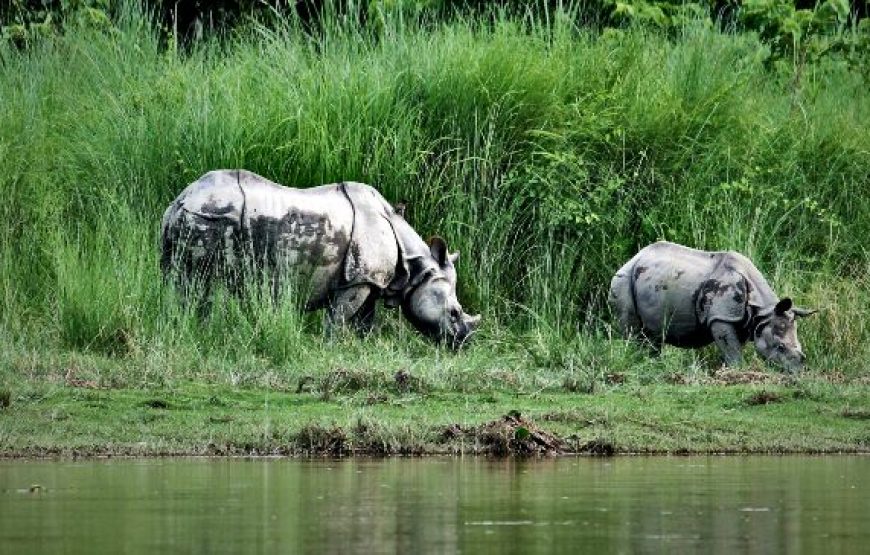 Nepal Heritage Tour takes you to the prehistoric sites located in three districts. Namely Kathmandu, Bhaktapur, and Lalitpur, which have been marked up to the title of UNESCO World Heritage sites. From a distance, it additionally lets you explore craggy mountains and takes you to the apogees of the Chitwan National Park. The birthplace of Lord Buddha, and leads you to beautiful, inspiring locations like Tansen and Pokhara, and what might be higher than this to make your vacation best in Nepal with Nebula Travels?

Thriving is the most popular visitor place in Nepal, Pokhara is at the apex of its liveliest considering its hidden delights have been found by way of the eyes of outsiders. It has its own buzz; additionally, it has its own appeals. It has always been satisfactory. Inland, Pokhara has lakes, and its backdrop contains the Annapurna range. That appears to be far away, but its visibility makes us believe that it’s within our reach. Apart from seeing these, you can also visit Bindabasini Temple, World Peace Stupa, and Mountain Museum.

There is a lot to see in Tansen through the Nepal Heritage Tour with us Tansen has a lovely hill station. You will like it at first sight, and it’s so liberal at providing you with a spectacular view of the Himalayas. As good as those of the undeniable area that you love for its extra-ordinariness. Handicrafts and Tansen are parallel to one another.

Main historical heritage sites of Nepal that you visit during the tour of the Maya Devi Temple, Ashoka Pillar, and the monasteries at the Lumbini. And when it comes to the exploration of natural sites; Chitwan National Park presents you with the possibility to trip on an elephant. That takes you close to wild animals, comparable to One-Horned Rhino, Royal Bengal Tiger, Langur Monkeys, Wild Boar, Sloth Endure, Jungle Cats, Pythons, Crocodiles, Deer, and so on.

In total, every part of Nepal Heritage Travels and Tours is welcoming and is known for each uniqueness from natural beauties to historical monuments.

Once arrival in Kathmandu Nebula Travels and Tours representative meet and transfer to the hotel. After check-in at the hotel, we will do a briefing about the package. Late evening enjoyment walks in Thamel, a trendy touristic place in ancient Kathmandu. A bustling bazaar that offers a glimpse of Nepal's vibrant ethnic tradition, Buddhist Stupas and monasteries. Overnight at the hotel.

Sightseeing in Swyambhunath, Kathmandu Durbar Square, and Nagarkot. After breakfast, our city guide will take you to the monuments and places that come underneath the class of the UNESCO World Heritage sites of Kathmandu. We will visit Kathmandu Durbar Square, where you can see "Kumari," the Living Goddess, as well as visit with pagoda-style temples. On the other hand, Swayambhunath has a dome-like structure at its base, above which you can see a cubical architecture. This structure has painted the eyes of Buddha. From Kathmandu, we will drive to Nagarkot for overnight.

Telkot, Changu Narayan, Bhaktapur, and Namo Boudha – After as you trek from Telkot to Changu Narayan approx two hours, you enjoy the breathtaking view. While you reach Changunarayan Temple, one of the most oldest temples in the Valley, you find it attractive because it is decorated with stone, wooden, and metallic. From this temple, you head off to Namo Boudha by bus. In Namo Boudha, we visit Thrangu Tashi Yangtse Monastery, one of the predominant Buddhist pilgrimage sites in Nepal. It is famous considering that the Lord Buddha gave his physique to a starving tigress and her cubs and overnight in the hotel.

Explore Patan, Khokana, and Bungmati - After having breakfast, we drive to Patan. Patan Durbar Square is of the main UNESCO world heritage sites. This square is a historic royal palace of Lalitpur kings and is a marvel of Newari architecture. The main attractions of this palace are Krishna Temple, Bhimsen Temple, Taleju Bhawani Temple, and Vishwanath Temple. Then, we head off to Khokona, which is a village, and it represents the richness of the early Malla generation (13th century). About 4471 indigenous peoples inhabit in Khokana. The peoples of this village are involved in making wood handicrafts. Tourist buys these handicrafts. Khokona also has a museum the place you in finding ordinary jewelry sets and agriculture farming tools evening back to the hotel for overnight.

Pashupatinath, Bouddha and Kopan Monastery - After having breakfast, our city guide will take you to the monuments. And areas that come below the class of the UNESCO World Heritage sites in Kathmandu. We are going to talk over with Pashupatinath Temple, one of the most prominent Hindus temples in the world, and thousands of devotees visit this temple daily. You could see cremation taking place on the bank of the Bagmati River. From right here, we move closer to Bouddhanath stupa, some of the enormous Buddhist stupas on the earth, where over fifty Tibetan Gompas or monasteries are located. From there, we head to Kopan Monastery, which is famous for teaching Buddhism to foreigners. It is perched on the Kopan Hill and has become a popular recreational vacation spot for the locals and the traveler. Back to the hotel for overnight.

Chitwan on Tharu Culture Dance - After having breakfast, we are heading to Chitwan National Park. There, you're going to be brief about Jungle Tour. There, you will additionally visit the visitor's center, as well as see the sundown view from the Rapti River. In the evening, you attend the Tharu Cultural Dance of the Tharu communities and stay overnight at the hotel.

Jungle Safari in Chitwan National Park. After breakfast, your jungle movements comprise the next: Elephant Ride Experience, Jungle Walk, and Boating in the Rapti River to look birds and crocodiles. Overnight in the hotel.

Lumbini - After breakfast, WE head off to Lumbini, the birthplace of Lord Buddha. The bus moves along the low land of Tarai, the street that has traversed small hills and villages. It's a four hours trip, and the approximate distance is 202 kilometers. Upon arrival in Lumbini, we check -into a hotel.

Lumbini - Lumbini is a holy pilgrimage of Buddhist, as well as a UNESCO World Heritage site. One of the essential sights of Lumbini is the Ashoka Pillar, which used to build through the Indian Emperor, Ashoka. And which has an inscription, bringing up that Lord Buddha was once born in Lumbini in Nepal. Maya Devi Temple is yet another attraction of Lumbini and is more than 3000 years ancient. Maya Devi was the mother of Lord Buddha. Different sights are attractive monasteries developed via different Buddhist countries, China, Japan, Sri Lanka, and Myanmar. Overnight in the hotel.

Tansen Palpa - After having breakfast, we proceed from Lumbini to Tansen through Bhairawa and Butwal and overnight stay in the hotel at Tansen.

Explore Tansen Palpa - Ranighat is an impressive building, built on the bank of the Kaligandaki River in the reminiscence of Queen Tej Kumari. There are altogether 25 rooms and 52 artistic windows. It presents an exceptional view. After watching this grand masterpiece of architecture in this type of faraway area, you can also imagine it as a creation of supernatural power. Overnight in the lodge at Tansen.

Pokhara - After breakfast, we head off to Pokhara. One hundred twenty-nine kilometers about 5 hours, once reaching to Pokhara check in hotel and leisure walk around the lakeside. Overnight in the hotel in Pokhara.

Pokhara Sightseeing - After breakfast, we do a full day sightseeing in Pokhara. This entails walking along David's Falls and Mahendra Cave, bank of the Fewa Lake, mountain views, and visit to Bindabasini Temple, World Peace Stupa, and Mountain Museum. Overnight in the hotel in Pokhara.

Kathmandu - After breakfast, we will drive for Kathmandu with scenic view and lunch on the way as soon as arrive at Kathmandu check in hotel and leisure for entertainment. Overnight in the hotel.

After having breakfast at the hotel, wait till flight time then drives to Tribhuvan International Airport for your flight back home/next destination.

Yes, this trip covers the handpicked of major highlights of Kathmandu Valley.
Yes, this trip covers major touristic places in Nepal.
Yes, there is an additional naturalist in Chitwan apart from the regular guide.
You will have provided with a choice of Continental and Chinese food with western breakfast.
Yes, we will provide a guide as per your required language. We have guides who can speak different languages. 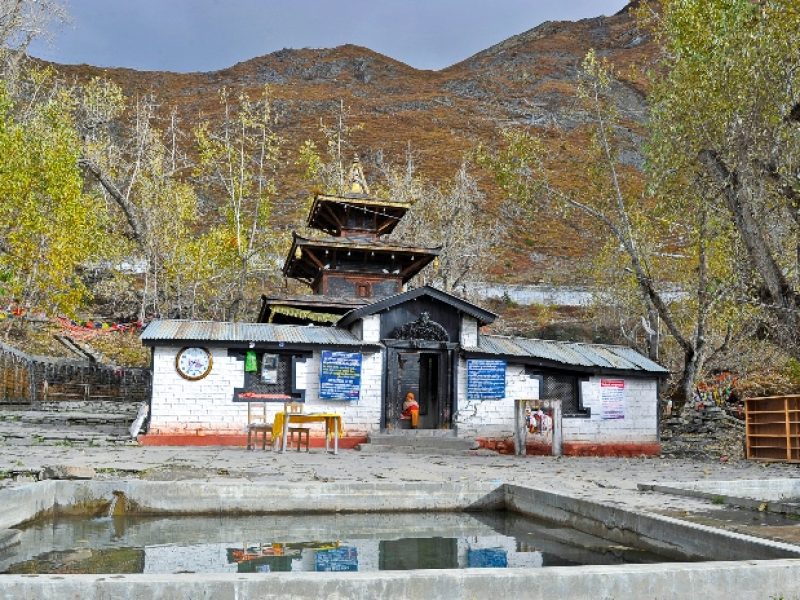 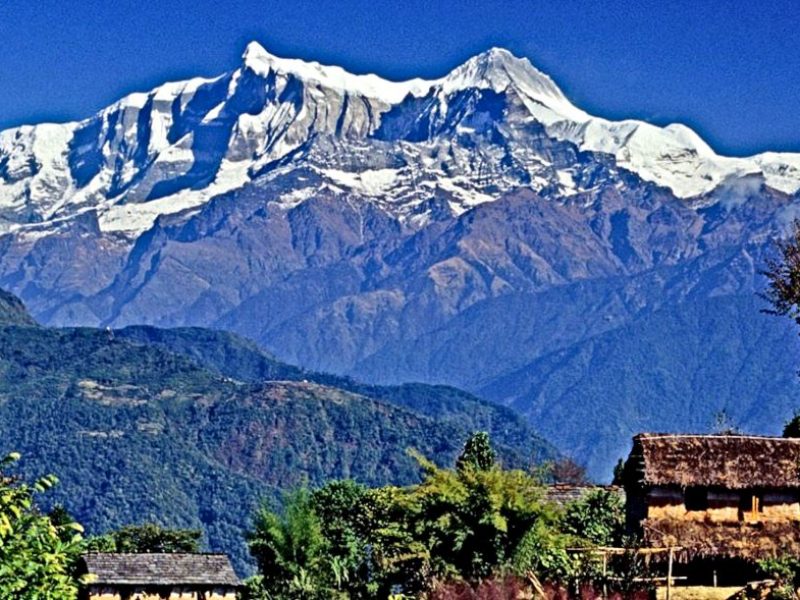 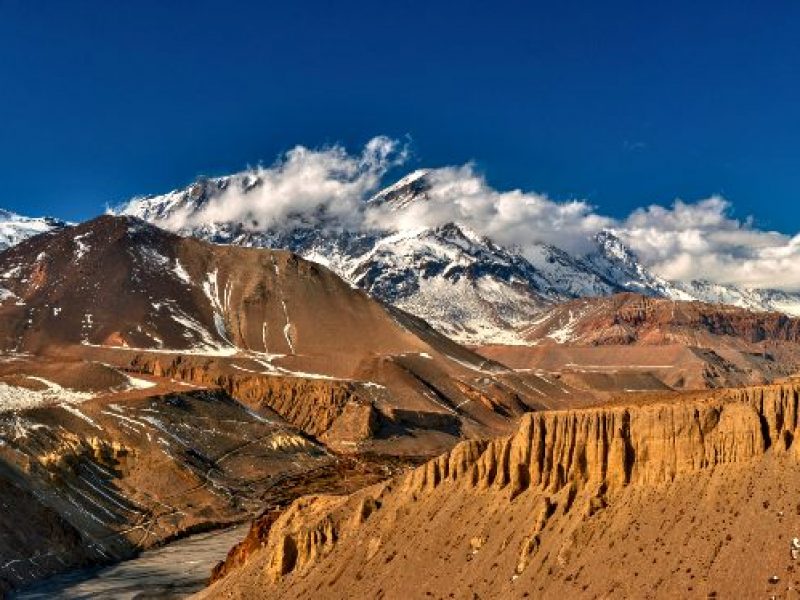